Florida has miles of the most amazing beaches, with clear water as far as the eye can see. It also has the most amazing amusement parks for the entire family, dining, and nature trails. And the weather is fantastic year-round.

While Florida is most family-friendly, its legendary nightlife shines when the sun goes down. From an evening of bar crawling to visiting the country’s largest malls, and enjoying an exciting concert, anything is possible in Florida.

At over 65 thousand square acres, Florida is the second-largest state in the continental United States, as well as its’ southernmost. Its capital is Tallahassee. It is known as the Sunshine State for its balmy weather, which attracts hordes of tourists all year, especially those escaping chilly northern winters.

The land now known as Florida was initially discovered by the Spanish adventurer Ponce de Leone. The Spaniards founded the oldest city in America – St. Augustine. Spain retained its dominance over Florida for 200 years, until the British took control following the French and Indian War in 1763. While Spain gained control a second time in 1784, Florida officially became a U.S. territory in 1845.

Florida flourished after the Civil War. Once a railroad was built to U.S.’s southernmost state, business boomed. With more than 3,000 miles of rails, the state was able to import any goods anyone desired from the north. It also allowed northerners to revel in sunshine and a stunning coastline. Resort towns grew up everywhere. By 1860, before the existence of a reliable transcontinental railroad from the east to California, The Florida railroads were kept busy shipping the luxury of sweet southern oranges to America’s central states, creating a thriving citrus industry.

In the mid-twentieth century, the growth of amusement parks, starting with Walt Disney World, 825 miles of beaches, 9,200 miles of hiking trails, 175 state parks, and over 7,000 lakes, has made Florida the vacation destination choice of many. There are countless rivers, and the Crystal River in King’s Bay Wildlife Refuge is the only one in the U.S. where visitors can swim (with Coast Guard supervision) with wild manatees. Florida treasures its wildlife.

No other state has many many amusement parks as Florida.

Things to Do in Florida

The Everglades National Park contains 1.5 million acres of subtropical marshes and swampland and is located on the southernmost portion of the southernmost state in the union. It’s the ideal environment for the park’s wildlife such as crocodiles, otters, turtles, alligators, and panthers, all of which can be best experienced on boat trips. There are also several campsites for a longer stay.

From December through April (before the temperature becomes too humid) rangers guide visitors on hiking and canoe trails and even lead a fun car caravan through the swampland. For the adventuresome, rangers will lead a slough slogging tour.  This involves hiking off-trail through the water and muck for one of the most unique outdoor adventures. It’s messy, but so much fun.

The two-hour Shark Valley Tram Tour through Everglades National Park is the most relaxed way to see the park, with guides providing information on the passing sights.

The Kennedy Space Center consists of 700 buildings located on Merritt Island visited by 1.7 million visitors each year. Almost everything relating to our space industry can be found here, from Launch Control Center and the Kennedy Space Center Visitors Complex. See the Rocket Garden, which exhibits various rocket replicas; the IMAX Theater, where visitors can learn more about space travel; and the Astronaut Hall of Fames, which honors the accomplishments of NASA’s astronauts.

The space center has a play center for children aged 2 through 12. It’s a good place for parents who need coffee and a break. Or everyone can have lunch at the Orbit Café.

Dry Tortugas National Park, a group of seven islands, is located 70 miles from Key West. Most visitors arrive via seaplane to find what may be Florida’s best bird and marine life amidst a snorkeler’s paradise. At the heart of Dry Tortugas National Park is Fort Jefferson. A tour guide can inform visitors about the local wildlife of turtles, sharks, and dolphins, as well as provide information about Fort Jefferson, an American landmark. This brick bastion was once a prison during the Civil War. Today, visitors can swim and sunbathe on its beach and watch the dolphins play.

Coral Castle must be seen. First it is not a castle, and it is not built with coral. Still, it is incredibly amazing. The sculpture – because that is what it is – was created out of 1,000 tons of limestone rock of all kinds of shapes. It includes walls, a water fountain, and a sundial.

According to Coral Castle’s own website, “You are about to see an engineering marvel that has been compared with Stonehenge and the Great Pyramids of Egypt. Coral Castle has baffled scientists, engineers, and scholars since its opening in 1923.”

This marvel was built by one man, Edward Leedskalnin, who, at a mere 5 feet in height and an education that ceased after the 4th grade, wanted to accomplish something big. Mr. Leedskalnin worked alone on the castle sculpture for 28 years. He quarried all the stones himself and used a pulley to move the slabs, sculp them, and create a sculpture that never should have been possible. Yet, it still stands, amazing people since 1951.

Miami has much more than the adorable Golden Girls. It’s Florida’s premium getaway, with fantastic beaches, great culture, and the weather to enjoy it all.

Miami Beach has some dynamic entertainment along with beaches. The Art Deco Historic District features restaurants, hotels, and plenty of shopping.

The Italian Renaissance-style Vizcaya Museum and Gardens is a luxurious mansion built within a central courtyard. The museum is filled with European pieces of art and furniture from the 15th to 19th century. The garden contains sculptures, fountains, and pools.

For shopping, Miami locals and visitors visit the Bayside Marketplace and its 120 shops, restaurants, and live entertainment. The market overlooks the waterfront, and people visit simply for the beauty and atmosphere.

Not to be missed is Miami’s Little Havana, known for its Cuban culture and specialty dishes

The Seaquarium is fun for the entire family. It is home to whales, dolphins, seals, penguins, and many more marine creatures.

There is always something happening in Florida’s capital.

There are no Rembrandts at the Tallahassee Museum, just 52 acres of outdoor fun. Check out the 1880s farmstead, flora, and faunal, and take part in ziplining over it all – after you complete the aerial obstacle course. Great outdoor challenges.

The Knott House Museum was built by a free Black builder. It embodies the history of Florida from pre-colonial times to the present. What makes it special is that in 1865, the Emancipation Proclamation was read on the building’s steps.

There is no doubt that Tallahassee loves a party. Recess is a roof-top club with VIP tables, DJ, and qualifies as Tallahassee’s upend, high-energy nightclub with stromb lights and rousing club music.

Potbelly’s is Downtown’s Happy Hour bar with live music and plenty of university students. It can get fairly wild here during tailgate parties.

The “River City by the Sea,” as it is known, has 20 miles of tranquil beaches. For visitors looking for an exciting evening, downtown between N. Ocean and E. Bay Street is called the Elbow, and it is filled with a wide range of drinking establishments, from elegant lounges with creative cocktails to neighborhood bars. There is live music everywhere, and Poe’s Pup has more than 50 types of beer – so elbow your way in and keep up.

The Cummer Museum of Art & Gardens is one of Florida’s largest fine arts museums with a stunning collection of over 5000 pieces, including works by Norman Rockwell. The four surrounding gardens are lush works of art themselves. The museum has tours and a nice restaurant.

Boating enthusiasts won’t want to miss the largest on-water boat show in the world in October. One Hundred Thousand visitors come for the yachts, sailing boats, luxury yachts, and flybridges each year. For five days, the docks turn into a live music, cocktail swilling event. Some even buy a yacht. The most impressive yachts are exhibited in Superyacht Village at Pier 66.

The Best All-Inclusive Hotel or Resort in Florida

The Club Med Sandpiper Bay in Port St. Lucie has deluxe rooms with views of the Bay. The all-inclusive includes all watersports, golf, tennis, and trapeze classes. The resort’s Kids’ Club will entertain the youngsters while the parents relax around the pool or the spa, while the Baby Club provides on-demand babysitting services with a baby climbing/crawling gym and educational toys. All meals are included, and there are three restaurants from which to choose.

The entire family will enjoy the nightly comedy shows and musicals.

The Best Resort or Hotel for Couples in Florida

The Little Palm Island Resort and Spa is an adult-only Eden private island that is accessible by boat and is a beloved destination for A-listers. The stunning view is all the entertainment anyone needs. There are five acres of beach, 30 private bungalows, and an amazing spa.

This hotel is all-inclusive and includes watersports, nightly four-course meals, and non-alcoholic drinks. There are three tempting wedding packages for those who want the most memorable wedding imaginable.

Best Resort or Hotel for Families in Florida

Reunion Resort in Orlando has 200 villas perfect for a family getaway. Each has its own private balcony and a fully equipped kitchen. With seven pools, there will always be a pool nearby. Three playgrounds offer fun and play for the kids, and six restaurants will keep everyone satisfied.

The Unlimited Golf Package offers morning golf during midweek plus a $25 breakfast credit per golfer. Or enjoy a game of miniature golf. The onsite tennis clinic provides 1 on 1 lessons for all ages.

The resort offers transportation to Walt Disney World Resort and will arrange for tickets to Orlando’s other theme parks. 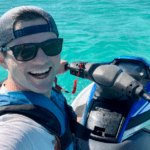